Sri Lanka has not been blessed with the kind of far sighted leadership : An exclusive interview with Erik Solheim

Erik Solheim is a Norwegian diplomat and international peace-maker.

We need to search for possible ways out: An exclusive interview with Dmitry Stefanovich 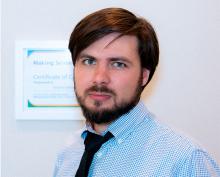 Dmitry Stefanovich is a research fellow at the Centre for International Security, Primakov Institute of World Economy and International Relations of the Russian Academy of Sciences (IMEMO RAS) focusing on strategic stability, nuclear deterrence, and non-proliferation, long-range precision weapons, and disruptive

We are closer to a nuclear war: An exclusive interview with Dr.Andrey Kortunov 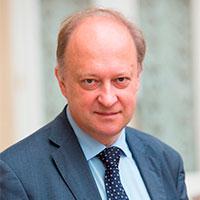 We can only turn to India for help as it is the regional power : An exclusive interview with Dr. Nirmala Chandrahasan. 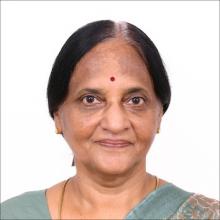 Dr. Nirmala Chandrahasan is a distinguished academic and law professor, who has been involved in the constitutional process to resolve the national question for several years. She has specialised in international law, particularly in the areas of the law of the sea, international humanitarian ( laws of war), human rights, and refugee law. She has contributed articles on these subjects to international law journals and has written a book on the Law of the Sea. Dr.

India will not allow abolition: An exclusive interview with Dr. Paikiasothy Saravanamuttu

Dr.Paikiasothy Saravanamuttu is the founder Executive Director of the Centre for Policy Alternatives (CPA). He was a member of the Foreign Policy Advisory Group and the Board of the Lakshman Kadirgamar Institute for International and Strategic Studies.

In the famous quote in Shakespeare’s play Hamlet, Act 3, Scene 1, in the opening words of a soliloquy, Hamlet asks himself, “to be, or not to be”. The Prince of Denmark is faced with a great dilemma. His mother married his uncle after his father’s suspicious death. The ghost of Hamlet’s father told him the whole thing was shady. What is the young prince expected to do?