An Exclusive Interview with Ron Ridenour 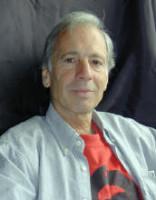 Ron Ridenour is an American journalist, anti-war and civil rights activist. He is an author of 12 books: “The Russian Peace Threat: Pentagon on Alert”. 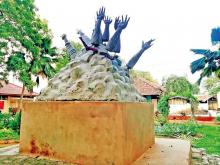 The monument erected at the University of Jaffna in memory of the people who lost their lives during the last war was removed by the university administration on the 8th of January 2021.  A bulldozer was used to demolish it at night on the orders of the university’s vice-chancellor Srisatkunarajah.

The following projects are in progress:

The Corona: Is China having the last laugh?

China has continued to object to Coronavirus being referred to as “Wuhan Virus” or “Chinese Virus” which by all accounts originated in Wuhan of Hubei Province, China. The World Health Organization (WHO) has also instructed to stop referring the new strain of coronavirus as Wuhan or Chinese flu. The WHO has been urging for many years not to identify flus by geography or animals (swine flu, bird flu, monkey pox).