We need to search for possible ways out: An exclusive interview with Dmitry Stefanovich 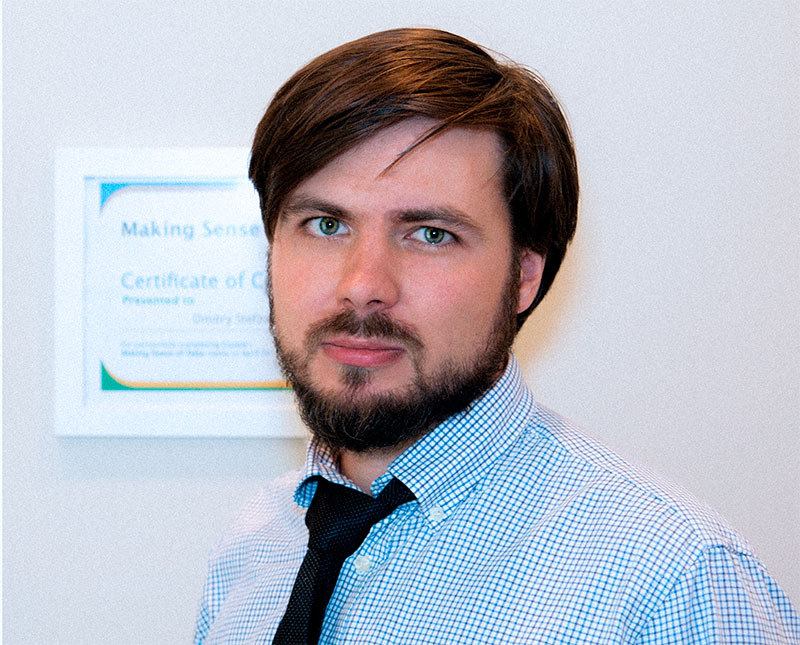 Dmitry Stefanovich is a research fellow at the Centre for International Security, Primakov Institute of World Economy and International Relations of the Russian Academy of Sciences (IMEMO RAS) focusing on strategic stability, nuclear deterrence, and non-proliferation, long-range precision weapons, and disruptive technologies.

There is a Russian saying—“a terrible end is better than terror without end” You quoted this in your article published in Russian analytical digest. If so, will the Russian – Ukraine war end with a terrible end? What are your thoughts on this?

The Russian special military operation on the Ukrainian territory is indeed a terrible end – as it demonstrates a failure of non-military means to resolve a conflict, and a failure of many countries and people. Moreover, it is a tragedy for people of Ukraine, and people of Russia as well, and people in other countries and regions of the world are also facing some ‘aftershocks’ already, and this is only the beginning. Not sure that in this case “a terrible end” is better than anything, but we already live in new reality, and we need to search for possible ways out – not that there any easy solutions.

In other words, can we say this war is part of The Gerasimov Doctrine 2.0 - that means “We will respond to a threat with a threat”?

I think that “Gerasimov Doctrine” is an artificial construct which has nothing to do with reality. However, the Russian military has a doctrine of “Active Defence”, which was described by many generals, including Valery Gerasimov, and the idea is to have a capability for preemptive action against the adversary and will to engage in such action.

There is a concern that the Russia – Ukraine war has sparked nuclear tensions. NATO member countries and European Union are continuing to pour offensive weapons into Ukraine. Is there a nuclear threat? Your observation?

Russia indeed demonstrated some ‘nuclear signalling’, but so far such signalling was fairly limited (deterrence forces special battle duty regime was focused on enhancing the nuclear command and control through increased personnel, and the most explicit message from the Ministry of Defense in the nuclear domain was mentioning that there are “other” payloads for the Kinzhal hypersonic weapon). Washington and Brussels, as it seems, understood the message and continuously deny any possible direct military involvement of the US and NATO forces in Ukraine, and avoid any actions that might seem as such. Weapons are indeed being delivered to Ukraine, and there is obvious and considerable intelligence and reconnaissance support through technical means (satellites, recon aircraft on NATO airspace, etc.). Russian strikes in Ukraine target weapons depots without concerns about sources of those weapons, and as for ‘non-kinetic’ support, Russia also avoids responding with direct military action.

On the other hand, it is also assumed that Russia’s nuclear weapons will keep NATO within bounds. In this context, the middle powers can think nuclear deterrence may be the best way to defend them. Iran may act more decisively on its nuclear program. Australia may consider is the only way to deal with China is to become a nuclear power. Former Japanese Prime Minister Shinzo Abe recently called for Tokyo to contemplate housing US nuclear weapons. Will not this further push the world into an insecure environment?

We will definitely see increased nuclear weapons related debate in many countries. However, we should not forget that while so far Russian arguments that Ukraine was pursuing a nuclear weapons program are rather weak, the fact is that it was at least partially considered a threat big enough to respond with a military operation. I believe this is a much more serious scenario to consider for any state that is thinking about getting its own nuclear weapons.

There is a view that the Russia- Ukraine war has triggered the most serious tension in global security since the end of the Cold war. Has this war kick-started the second phase of ‘Grate Reset’? Your thoughts?

This conflict is a symptom, rather than a trigger. The degradation of global and regional security architecture was going on for a decade at very least, and what we see now is a dramatic transition to some other state of world affairs. It won’t be easy, and it will be bloody. Many analysts in Russia argued, and hoped, that this time our country will have an opportunity to stand aside from the global cataclysms. Unfortunately, we seem destined to take active part in such events. The biggest takeaway is that we, as experts, need to consider all possible scenarios, including the most improbable and damaging ones. So far it is a challenge to see any ‘positive’ end result, but it is definitely not something pre-arranged, so things will change, and change in many ways.