Under the Radar: Are Sri Lanka’s ports the next Great Game for China, India and Japan? 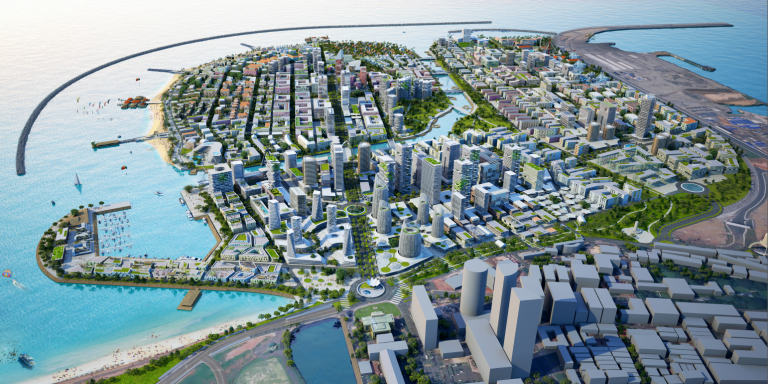 Increased international interest in the Indian Ocean comes at a convenient time for Sri Lanka, as the country continues to recoup after the end of its decades-long civil war which ended in 2009. The island nation is being courted (and courting in turn) by various major powers, each seeking a stake in developing Sri Lanka’s strategic location midway between the Middle East and the Straits of Malacca. While opportunities present themselves, all this attention also comes with its own set of complications.

International actors, notably India and Japan have become increasingly concerned about the level of Chinese investment and influence in Sri Lanka. This has, in turn, set off a flurry of activity among all parties to secure Sri Lanka’s favours. On April 12th, Prime Ministers Abe and Wickremesinghe met to discuss furthering bilateral cooperation. This is PM Wickremesinghe’s second visit to Japan since coming to power in 2015, and his ninth overall. The meeting resulted in $410 million in Japanese loans for Sri Lankan infrastructure projects, as well as $9.2 million in grant aid for the development of the Trincomalee port.

Other recent developments include Japan’s decision to appoint a special representative to coordinate development in Sri Lanka, as well as a code-sharing agreement between Sri Lankan Airlines and JAL which will help facilitate six new routes between Japan and South Asia, aiding trade and tourism ties between Colombo and Tokyo.

Speaking during the meeting, PM Abe stated that “without a free and open Indian Ocean, there cannot be real prosperity in the region. This is why it is essential for Sri Lanka to achieve sustainable growth as a hub and develop ports that are open to everyone.” These comments came in the wake of Sri Lanka’s assurance of its commitment to free navigation and the authority of the United Nations Convention of the Sea (UNCLOS). These statements bolster Japan’s own focus on these issues, as well as mark out China, which has refused to abide by UNCLOS arbitration over the contested South China Sea.

This also ties into greater Japanese concerns about China’s increasing presence in the Indian Ocean, the main conduit for vital energy shipments from the Middle East to Japan. These fears had been heightened by the previous Sri Lankan administration’s close ties to China. In his latest visit, PM Wickremesinghe is pitching Sri Lanka as a trade and finance hub, halfway between Doha and Singapore. To this end, Wickremesinghe wants “Japan to use Sri Lanka as a hub for trade. We expect to deepen our existing FTA with India through the Economic and Technology Cooperation Agreement, expect to sign an FTA with Singapore and another with China. We also hope to talk to Japan, Indonesia and other ASEAN countries with regards to FTAs.

Sri Lanka’s efforts to seal an FTA with China were on display a week prior to PM Wickremesinghe’s Japan visit, as China hastily sent high ranking officials to balance the Prime Minister’s visit to Tokyo. Chinese officials pledged to speed up negotiations on a bilateral FTA, as well as praised Sri Lanka as a key partner in China’s 21st Century Maritime Silk Road efforts. Due to the aforementioned plan, Sri Lanka is benefitting from increased Chinese attention, as well as from Abe’s ‘Free and Open Indo-Pacific Strategy’, and India’s ‘Look East’ policy.

This competition can be seen in Sri Lanka’s recent joint training mission with India, as well as an ongoing joint hydrographic survey to update maritime navigation charts of the increasingly busy nearby shipping lanes. Moreover, Sri Lanka’s effort to acquire 12 JF-17 fighter aircraft built in Pakistan in collaboration with China saw India quickly offer its new Tejas fighter, still in its trial period, as an alternative. China also provided Sri Lanka with an $11 million loan to buy an offshore patrol vessel in 2016, a purchase yet to be completed. In return, Japan has offered to provide two patrol vessels.

Efforts to vie for Sri Lankan military and geopolitical influence sees Japan, India and the US worried that China will use its foothold in the country to establish a military base, and /or use its majority-owned port facilities for military purposes. These concerns have in turn led PM Wickremesinghe to state that “we want to ensure that we develop all our ports, and all these ports are used for commercial activity, transparent activity, and will not be available to anyone for any military activity.”

While this stance appears to be a victory for China hawks fearing Beijing’s growing reach, the reality is more complex. Firstly, if Sri Lanka actually implements such a policy it cannot make exceptions for the likes of the US without drawing the ire of other parties, notably China, especially given the economic clout which Beijing wields in the country. Consequently, even if no one can use Sri Lankan facilities, it means that China has still benefitted by preventing access for potential rivals. As the regional newcomer, China has less to lose from such an arrangement than existing Indian Ocean powers such as the US and India, and to a lesser extent Japan. This effectively makes Sri Lanka a demilitarized zone, in turn negating the regional superiority enjoyed by the US and India.

This competition has also led each of these countries to invest in various Sri Lankan port facilities, with China focusing on Hambantota, India and Japan on Trincomalee and the US in Jaffna. Former president Mahinda Rajapaksa even went so far as to publically state that Sri Lanka plans to divvy up control of these ports accordingly. With economic growth the lowest in three years at 4.4% in 2016, Sri Lanka sorely needs foreign investment to boost its growth, yet this very scramble for Sri Lankan assets has created domestic problems of its own.

Sri Lankans have protested what they consider to be unfair concessions by their government to foreign partners, especially with regards to infrastructure projects. One of these flashpoints are plans for majority Indian control over a jointly operated oil storage facility in Trincomalee. Another sticking point is efforts to extend Colombo Port by eight to ten miles, making it the largest in the Indian Ocean, at the expense of surrounding land. The main focus of domestic anger, however, are Chinese plans for the extensive expansion of the Hambantota port and 15,000 acre Southern Industrial Zone special economic zone.

The $1.4 billion project is the single largest foreign direct investment in Sri Lanka, with an additional $13 billion expected from subsequent real estate development in the area. Part port, part new planned financial city, the project promises 83,000 jobs, yet has been delayed by violent protests and disagreements about share allocation. Specifically, the new development spares existing developed land and nature reserves, leaving only the surrounding villages and farms to bear the burden. This has incited the local population to action, who in turn are calling the endeavour a blatant land grab.

The project is also stoking unrest in the country as a whole, as the terms initially agreed to by the Sri Lankan government are widely seen as undermining national sovereignty. Specifically, the plan was to provide China with an 80% share in the industrial zone and port, as well as control of the project’s land for the next 99 years in exchange for $1.2 billion in debt relief. The fact that a Chinese-backed, Chinese built project is being given majority Chinese ownership and a 99-year lease in return for a reduction in Chinese debt shows how Beijing has cornered all aspects of this deal; its obvious lopsidedness, in turn, angering many Sri Lankans.

Sri Lanka has a substantial foreign debt problem, of which some $8 billion is owed to China. It is interesting to note that these billions of dollars in debt accumulated under the previous Rajapaksa administration of 2005-2015, as China pumped mountains of money into a country shunned by Western investors due to the ongoing civil war and the government’s human rights record. Indeed, it is reported that Chinese support was critical in the government’s victory over the Tamil Tigers, with some $1 billion in arms flowing from Beijing to Colombo during the civil war.

The project was even an election issue in 2015, with Wickremesinghe’s campaign pledging to scrap the Chinese-funded project, only to approve in its first month in office. This flip-flop and the terms of the deal have fuelled claims of neo-colonialism (the 99-year lease ironically harks back to the UK’s deal regarding Hong Kong’s New Territories that expired in 1997). Local politician DK Chanaka argues that “when you give away such a vast area of land you can’t stop the area becoming a Chinese colony.”

Public indignation has in turn forced yet another flip-flop from the Sri Lankan government, with Colombo now seeking a 40% stake in the venture, a demand that has not met with Chinese approval, stalling the project, but otherwise not overly impacting Sri Lankan-Chinese relations. That said, the ongoing controversy surrounding the Hambantota project brings into question other mega projects and undermines business confidence, something that the government’s repeated U-turns on the issue have not helped. In any case, Chinese interest in Sri Lanka remains strong, and if Colombo plays its hand well, it can benefit from playing off competing foreign powers to extract better terms for itself and its citizens going forward.

Jeremy Luedi is a widely referenced political risk expert and weekly columnist for Global Risk Insight (GRI). Jeremy's writing has been featured in Busines Insider, Huffington Post, Nasdaq.com, The Japan Times, MSN Money and Yahoo Finance. His work also has been quoted and recommended by Time Magazine, Politico, Transparency International and Greenpeace, among others. The article first appeared in  GLOBAL RISKS INSIGHTS