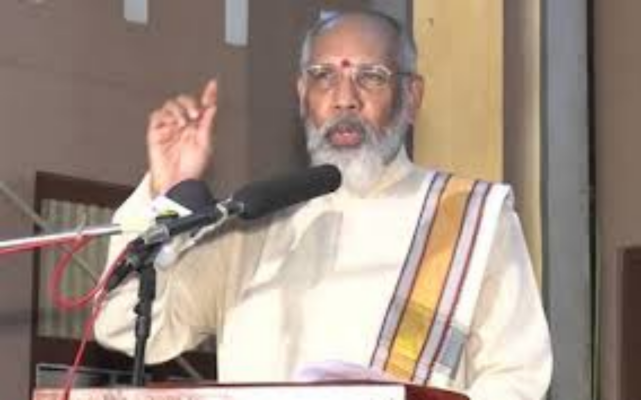 (This is a translation of a recent article by M Nilanthan. The translator has sought to provide some context and as such it is not a direct translation.)

On  Wednesday 7 June, Thamil Makkal Peravai known in  English as the Tamil People’s Council (TPC) organised an event to commemorate the 44th anniversary of   Pon Sivakumaran, the first Tamil youth to die by swallowing a cyanide capsule as he was about to be captured by the Sri Lankan Police.

A media contingent was present at the commemoration event having been invited by TPC, which, announced that it hoped to bring about wider participation in TPC’s affairs. This was followed by an invitation to Tamil youth to join the organisation. The TPC also stated that it would conduct a Youth Conference soon. It was no accident that the TPC had chosen this particular occasion commemorating the memory of the first ‘martyr’ to extend its invitation to the youth.

Although Sivakumaran was a lone actor; he was a member of the Maanvar Peravai, the student movement that was to produce several militants in later years. Sivakumaran had been arrested several times suspected of involvement in the low-intensity militancy that had erupted across the Northeast in the early 1970’s. During his incarceration, he was tortured. Sivakumaran had chosen to die by his own hand to avoid capture and torture. The cyanide capsule had freed him from the fear of capture as he continued harassing the Sri Lankan police who were widely regarded by the Tamil people as an oppressive force.  In June 1974, Sivakumaran’s immediate goal was to kill Assistant Superintend of Police (ASP), Chandrasekera, who was held responsible for the death of nine people during an attack by police during the International Tamil Conference held earlier that year. It was during this attempt that he took his own life when cornered by the police.

It was this act of self-sacrifice by Sivakumaran that inspired the Liberation Tigers of Tamil Eelam (LTTE) to adopt ‘dying by one’s own hand’ as its code of conduct. Dying by one’s own hand to avoid capture by the enemy has been practised by others before. But, in the hands of the LTTE, it had become a defining practice. Consequently, the organisation had come to be described as Cyanide Warriors.   LTTE adopted this practice on the principle that the common goal was greater than an individual’s life. (Translator’s Note: This premise runs counter to the ‘human rights’ principle based on the idea that an individual’s human rights are paramount).

The first of the LTTE’s cyanide warriors was Pakin from Mandatheeveu, an islet just a few miles off the Jaffna Peninsula.  Indeed, the LTTE’s emergence as a unique organisation was attributable to this particular practice that it pursued with such an unswerving commitment, that Colonel Edgar ‘O’  Balance, a veteran of the British and Indian armies was compelled to title his book on Sri Lanka’s ‘civil war’, ‘The Cyanide War (Brassey ’s, London 1989).

The time of the announcement by TPC headed by  CV  Wigneswaran to politicise Tamil youth and Sivakumaran’s own time have one factor in common. Like now then too the Tamil youth were deeply disappointed with the moderate leadership as represented by the Tamil United Liberation Front (TULF). Like the youth of today, the youth of the 1970’s did at one point believe that the TULF would deliver on its promises. But, soon they lost their trust and embarked on direct action which soon escalated into a full-blown armed struggle for independence. Unlike then, today’s youth are living at a time after the armed rebellion was brutally put down. This is a significant difference.

The Invitation by TPC

The writer is of the view that  the current  mindset  of the Tamil youth  is the product of   the following:

Firstly, a discernable leadership vacuum: At present, the Tamil people of the Northeast have very few leaders who are able to provide leadership and even those few have their limitations. Wigneswaran is no exception.  In June last year when  Wigneswaran emerged victorious by countering a plot by some members of the Provincial Council to oust him, a group of Tamil youth attempted to form a youth wing in support of Wigneswaran. But, Wigneswaran was not prepared to provide the much-needed leadership to this group. Some of these youth are now with the Tamil National People’s Front (TNPF), others having lost their enthusiasm have returned to pursue their own private interests.

Secondly, the impact of the defeat of the armed struggle:  The Tamil people are yet to recover from the shock of their defeat and the collective wounding of the Tamil psyche.

Thirdly, the oppressive presence of the Sri Lankan army: This is a situation that has caused Tamil youth who wish to engage with the political process, albeit democratically, to avoid drawing the attention of army intelligence.

.Fourthly, the ubiquitous presence of mobile phones, laptops and the ever-increasing speed of the internet distracting young people from pursuing a deeper understanding of the issues confronting them and society as a whole.

It is hard to fathom how well the TPC ’s leader CV Wigneswaran understands the issues identified above. His statement calling upon the  Tamil youth while crafted as usual in attractive language lacks the appeal of Swami Vivekananda’s call to the youth of India. This is understandable. Wigneswaran will succeed in his appeal only when he is ready to make his own commitment with clarity. He is yet to make this commitment. Instead, he comes through as indecisive and hesitant. Honesty, integrity and a strong sense of moral righteousness alone are not enough to make one a great leader, it must be underpinned by a firm commitment, a clear vision and a plan to attain a clearly articulated goal. Wigneswaran is yet to exhibit these attributes.

Despite his limitations, Wigneswaran’s decision to invite the Tamil youth to join the TPC is a timely one. This is an interim phase of the Tamil people’s ongoing struggle for self-rule. The Age of the Warrior in modern Tamil history ended with the demise of the LTTE. Tamils now await the birth of the next phase-The Age of Reason. This era will require learning the lessons of the previous era. Just as the Age of the Warrior produced its own heroes, critics, poets and poetry. We can expect this new era to similarly produce its own heroes, critics, poets and poetry.

In this evolving scenario, Wigneswaran’s role is an invaluable one as a leader during the interim period between the Age of the Warrior and the about to emerge Age of Reason. As such his appeal to the Tamil youth has its relevance. The need of the hour is to extend this invitation to all youth including those in the diaspora. Such a mobilisation can only strengthen the next phase of the Tamil quest for self-rule.

(M Nilanthan a journalist and a regular contributor to the E-Journal ponguhamil.com. and Thinkural,a daily. This article appeared on ponguthamil.com on 12 June 2018)

...
Protecting human rights without the United States: A response to Ron Ridenour
8 months 2 weeks ago
...