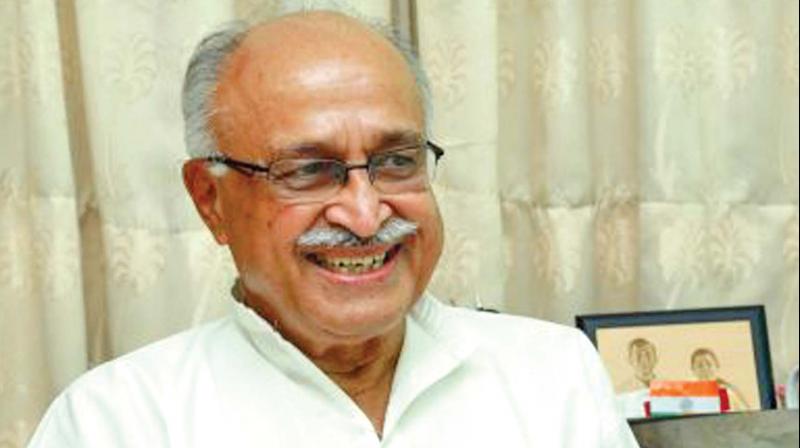 Col R Hariharan is a retired officer of an intelligent corps in the Indian Army, an expert on South Asia and terrorism. He served as the head of intelligence of the Indian Peace Keeping Force in Sri Lanka 1987-90. He is associated with the Chennai Centre for China Studies.

You served as the head of intelligence and as the first and last Colonel General Staff (Intelligence) at the Headquarters of the Indian Peace Keeping Force in Sri Lanka. I think you're one witness to what was right and wrong during the Indo-Sri Lanka accord. Almost 34 years have passed since then. There is a comment that the Indo-Sri Lankan accord has been unsuccessful in controlling Sri Lanka. What are your thoughts on this?

Indo-Sri Lanka Accord was not to "control" Sri Lanka, as you call it. The Accord document indicates its objectives were three-fold: 1. To ensure Sri Lanka does not offer any space to powers inimical to India. 2. To reassure Sri Lanka that India stood for a unified Sri Lanka and as a corollary does not support independent Eelam. 3. To ensure Sri Lanka recognises the legitimate rights of minority Tamils recognising their distinct language, culture and traditional areas of habitation and enjoy equal rights on par with the majority community. To ensure this, Sri Lanka introduced the 13th amendment to the Constitution creating provincial council system with a level of autonomy for Tamils of the Northeast.

A section of Eelam Tamils continues to blame India, including Eelam supporters in Tamil Nadu. Their basic argument is that Indian policymakers failed to understand the Sinhala ruling bloc and did not realise that Tamils are loyal friends for the long-term strategic interest of India. What is your comment on this?

A section of the people of Sri Lanka, let alone Eelam Tamils, will always blame India, because it is a big country dominating Sri Lanka in many ways: culturally, religiously, historically, politically, commercially etc. India's relations with Sri Lanka are not nurtured on the ethnic binary of Sinhala vs Tamil. I have not understood your point on Tamils being "loyal" friends of India. On the other hand, it is Tamil Tigers who fought and killed Indian troops and Ex PM Rajiv Gandhi - the man who signed the Accord. Sri Lanka army or Sinhala JVP militants had never fought with India.

A question still arises why India rejected the idea of a separate state for Tamils in Sri Lanka. You know that the entire Tamil political establishments of those days, including the moderate TULF, held the same position and expected India would do the same as it did in Bangladesh. But after the Indo- Sri Lankan accord, they all realised that India would never support it except Prabhakaran. Some observations often emerge in the Tamil political debate about why India refuses it. They argue that if such a state formed for Tamils, it may revive the dream of secession in Tamil Nadu. The other argument is that if such an independent state formed for Tamils, India cannot manage two countries at very close distances. As a veteran of Sri Lankan issues, what is your opinion on these arguments?

TULF leaders had apparently misread India and misled the people. India had always fought against secessionist forces operating in India. In Bangladesh, the people as a whole rose up against Pakistan army dictatorship to create an independent nation. Indian army operation was in support of the peoples struggle for independence. You cannot imagine that India would automatically support creation of independent Eelam carved out of Sri Lanka, just because TULF politically rallies Tamils in support of it.

Any secessionist movement in Tamil Nadu will not enjoy public support because the state, as a part of India, has advanced to become one of the top states of the county. Why should it breakaway and what purpose will it serve?

"India cannot manage two countries at very close distances," is a laughable statement. You seem to have forgotten India is a regional big power dominating Indian Ocean. India IS managing at the same time Pakistan, Nepal, Bangladesh, Bhutan, Burma and China which share a land border with India.

Tamil politicians and intellectuals who are staunch supporters of Tamil nationalism are still investing in Tamil Nadu (TN). Some believe that if a party like Nam Thamilar comes to power in TN, it will help change India's foreign policy favouring Eelam Tamils. Can TN change New Delhi's foreign policy towards Sri Lanka? Can you share your knowledge of Indian foreign policymaking concerning domestic influence?

There are lots of "ifs" in your question. It is not only Naam Thamilar, who are Tamil nationalists. I am also investing in my state as a Tamil nationalist, because I feel Tamils must safeguard their distinct language and culture. Of course, I am not paranoid and suspicious of all others, who speak their language. I am absolutely confident Tamils will prevail, against all odds.

India is a democracy and Indian government will always factor Tamil sensitivities in its Sri Lanka policy, because it is politically wise. Remember, MGR (who supported LTTE) was the biggest supporter of Rajiv Gandhi’s Sri Lanka Accord, because he probably felt it was politically wise to avoid conflict.

In the present environment, India’s Sri Lanka policy would depend upon how Sri Lanka manages China, which is making huge inroads in Sri Lanka. I don't expect any basic change in India's Sri Lanka policy, provided Sri Lanka adheres to President Rajapaksa's promise not to take any action that would jeopardise India's security. I think Rajapaksas are astute and politically savvy to understand India's concerns. Let's hope they continue to maintain it.

Tamil politics in Sri Lanka remains a matter of debate. Most Tamils have realised that the problem will not solve without India's involvement. While asserting that the 13th Amendment is not a political solution for the Tamils, the Tamil National Alliance (TNA) insists that India supports them. Other Tamil nationalist parties also feel that way. How do you see this? How can India help resolve the Tamil issue, and how should the Tamils approach India?

I fear I will not be able to answer this question because I have given up on understanding Eelam Politics. I hope the leaders understand it. India will always support just demands of Tamils. I am not a privy to India's policy formulation, but going by past history, I can think of a few things. Tamil demands should be constructive, expand upon existing scheme of things, not against the unity of the country and enjoy widespread support, preferably across ethnic barriers. If Tamil polity can do it, I can't imagine, India refusing its good offices in support. But the initiative for action should come from the people.

An observation remains that the 'heat of Chinese aggression in South Asia is a serious threat to India's position as a regional power. U. S Secretary of state Mike Pompeo remarked that 'We see from bad deals, violations of sovereignty and lawlessness on land and sea in Sri Lanka'. Can we conclude that India has been facing severe setbacks in the geopolitical contest in the island nation? What is your take on Chinese influence on Sri Lanka?

I will not call it a severe setback because foreign policy and diplomacy are dynamic processes that go up and down. China has made huge inroads into India's strategic areas of influence in South Asia including Sri Lanka. There is no doubt about it. And China will continue to do so.

So far it was China's money power that had enabled it to make rapid strides in the name of aiding development in other countries through the Belt and Road initiative. Now, I expect China to increase its political, diplomatic and military muscle power [to influence other countries]. In a democratic country like Sri Lanka, we are likely to see China as an indispensable political supporter of parties, similar to a position India was sought after. Of course, while China doesn't enjoy the closeness of cultural identity India enjoys, its money power will compensate it.

I expect, as it happened in the US and even India, China will cultivate the media to soften its image as a harsh one-party country. Sri Lanka will become more beholden to China, if international pressure increases, say at the UN instittuions. I expect China to take advantage of this to improve its image. The next logical political development would be showcasing China's achievements through strengthening people to people links. Of course, as PLA navy is becoming more and more powerful, we will see more Chinese warships calling on Sri Lanka ports, increasingly coming under Chinese control. Whether Sri Lanka likes it or not, Chinese cyber capabilities to eavesdrop in the regional communication will increase; I expect suitable installations for this to come up in Port City.

India, though globally 4th largest economic power, cannot match China in this race. So, I expect India to try build multi-layered linkages with other world powers, who are equally worried about China's ever-increasing clout in Indo-Pacific. Overall, we will be handling Cold War of a different kind. And Sri Lanka is likely to be buffeted more and more in the eye of the storm.

According to the strategic community, Free and Open Indo–Pacific (FOIP) and QUAD are significant moves in the Indian Ocean region. Pompeo' called this a new 'alliance of democracies.' China has recently warned Dhaka against joining Quad and said, 'if Bangladesh did so, it will 'substantially damage' bilateral relations between China and Bangladesh and calling the Quad a 'military alliance aimed against China's resurgence'. I think that Sri Lanka faces a similar situation. As a military strategist, how do you see these developments influence India's neighbours?

I have been writing on this theme in quite a few articles, particularly in the recent piece 'China gets tough with Bangladesh'. They're in my blog. Please see them. I expect China to tone down its wolf diplomacy as President Xi has asked his people to improve their image. Bangladesh cannot be equated with Sri Lanka in their relations with China, as well as India, because the two strategic environments are different. Quad will not be a military alliance like NATO because national interests of members widely differ in the Indo-Pacific. So, I expect it to be more adaptive, beyond depending only on the use of force. It is too early to see how it will affect Sri Lanka. Let the situation mature.

Conference on India's G20: Implications for Indo-Pacific
5 hours 6 minutes ago
...
Is sea cucumber farming in northern Sri Lanka a Chinese checkpoint in Palk Bay?
2 weeks ago
...
India makes its own assessment of what would shape the security perceptions: An exclusive interview with Commodore R.S.Vasan
5 months ago