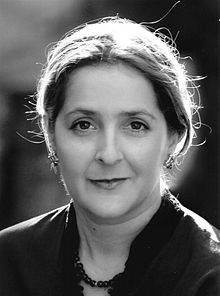 ITJP is administered by the Foundation for Human Rights in South Africa under the guidance of transitional justice expert Yasmin Sooka. ITJP both collects and stores evidence for any future credible justice process but also intervenes where it can to assist victim communities in Sri Lanka seeking accountability.

This is an exclusive interview given by Frances Harrison to CSST.

There is a perception that since the change of government in January 2015, the persecution of Tamil people in Sri Lanka has ended. How true is this perception?

International investigators from the ITJP have documented 76 cases of abduction and torture by the security forces in Sri Lanka since January 2015. There are scores more cases abroad we cannot document due to lack of resources. The continuation of this practice is hardly surprising given there has been absolutely no accountability for the past and no meaningful security sector reform.

The cases follow similar patterns to those the UN (OISL) documented under the Rajapaksa period – 4-5 men in plain clothes abducting, blindfolding, handcuffing and transporting the victim in the back of a van, mostly white. The victim is stripped to their underpants, kept awake the first night by having water thrown on them or someone banging on the cell door. A separate team tortures and interrogates often in a room especially equipped for torture, guards and their friends rape and sexually violate the victims at night in their solitary holding cells, a bribe is paid for release. The only change is that the interrogators now speak enough Tamil to ask the questions – in the early years after the war they needed mostly Muslim interpreters. Perhaps we can thank the donors for that.

When they turn up abroad the victims have multiple cigarette burns on their body – often on their genitals, which is extremely painful and humiliating. They are routinely been subjected to falaka – the beating of the soles of the feet, which they say is like electricity running through their body and, while not leaving visible scars, this torture leaves them in pain for life when they walk. There are rope burns on their wrists and ankles. Many try and commit suicide when they reach safety.

These cases – and probably many of the post-war OISL cases - are not generally picked up by groups in the country because the Tamil victims fear to disclose even to other Tamils due to lack of witness protection and intense social stigma especially around male sexual violence; also victims tend to leave the country quickly. In about a third of these 76 cases, families have complained about the initial disappearance to bodies like the Human Rights Commission – or even the police in some cases – but they do not pursue the complaints once the victim is bribed out of detention.

There was a great deal of discussion during the Norwegian peace process about the role of the media and again now in terms of the transitional justice agenda. A lot of donors thought Sri Lankan journalists needed training but in my opinion, this was not the main issue. Even the most rabid Sinhala extremist journalists have a good turn of phrase up their sleeves – it’s not that they can’t write – it’s their views that are problematic for any genuine “reconciliation” and you can’t change that with technical capacity building. Today, as in the past, there is a huge gap between what’s written in the media in the 3 languages. A consumer absorbs a different worldview depending on which language he or she reads.

Then there is what a colleague jokingly calls the “mute button”. Certain subjects are politely ignored, sidestepped like the proverbial elephant in the room. On several occasions in the last year the New York Times and AP, have covered stories on torture in Sri Lanka which the Colombo media has, for the most part, ignored –Sisira Mendis in Geneva,sexual exploitation of children by Sri Lankan army when acting as peacekeepers in Haiti and more recently male rape by Sri Lankan security forces. If these issues make it into the international media why are they ignored in the country?

I have worked in repressive environments where journalists fear to cover the news – when they come abroad they quietly spill the beans and speak their minds, knowing full well what is going on. In Sri Lanka, it is not fear but rather disbelief and wishful thinking that this is not happening. Those who deny do not examine the evidence – they just wish it would go away.

What measures should/could the international community take in order to bring to justice alleged war criminals?

Implementing UNHRC Resolution 30/1 would be a start. But it looks as if that is not going to happen except in a piecemeal, box-ticking fashion that holds nobody accountable and subverts the true agenda.

While we are extremely grateful for the support, there is also a risk of giving victims false hope that universal jurisdiction is the way forward out of injustice.  Most member states are deeply uncomfortable about prosecuting other countries’ officials. There are still many Sri Lankan diplomats abroad against whom a case could be brought but they are residing in countries that would be deeply hostile to such legal action. And as an NGO we need States’ help tracking alleged perpetrators as they move around the world – none is willing to do that. And while donors want NGOs to document violations for criminal accountability purposes, when it actually comes to a universal jurisdiction case abroad they are not very keen to fund the necessary advocacy and legal preparation work.

So it would be good if the diplomats, donors, judicial authorities and UN had a more coordinated approach – one that continues to pressure the government of Sri Lanka to act on its transitional justice commitments while developing a parallel track of really supporting universal jurisdiction actions and vetting for international organisations.