An EXCLUSIVE interview with Erik Solheim 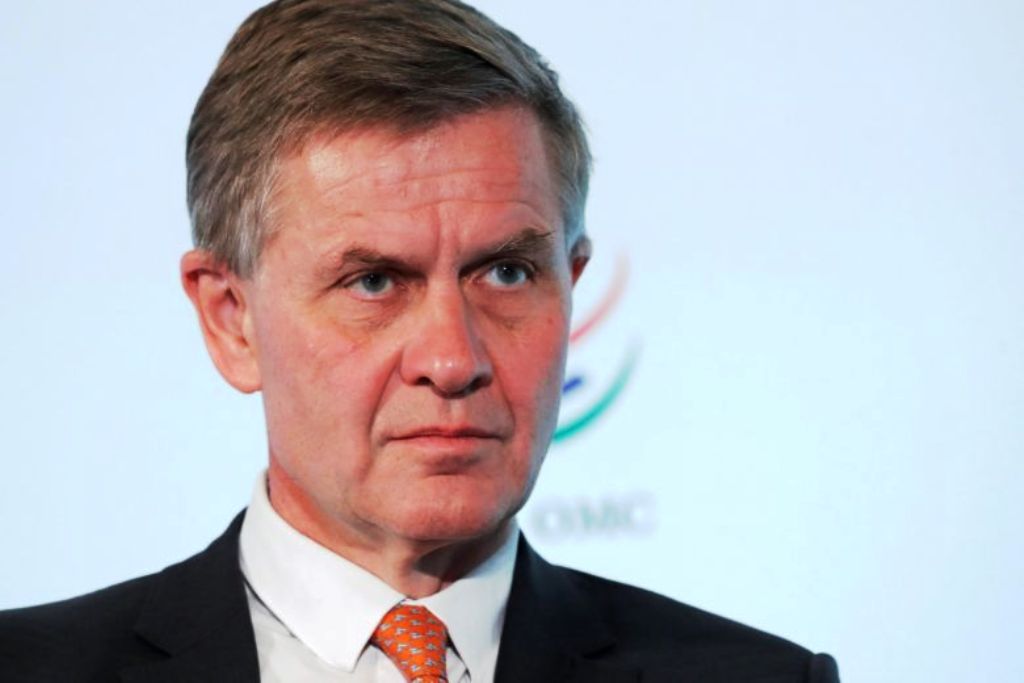 Erik Solheim is a Norwegian diplomat and international peace-maker. He still remains as one of the most recognizable faces of the peace negotiations between the Sri Lankan Government and the Tamil Tigers. Indeed, he helped negotiate the truce in 2002. He was appointed Minister of International Development in the cabinet of Prime Minister Jens Stoltenberg in 2005 and continued his work on the Sri Lanka issue until the ceasefire agreement was terminated in January 2008.

Labeled in Sri Lanka as being pro-LTTE and by some sections of the Tamil Diaspora as a failed peace-broker, Solheim speaks about what transpired and what's in store for the future.

Ten years have passed since the war ended in Sri Lanka. Yet, there is no significant progress in a political settlement for the Tamils. When the Ranil-Maithri government was ushered-in in 2015, many viewed it as favorable for such a settlement. As a key person in the Norway-led peace process, how do you interpret this situation?

Time has come to initiate the dialogue towards a lasting settlement of the Tamil question in Sri Lanka. Such a solution should be based on self-rule for the Tamil speaking peoples within Sri Lanka. It will probably be based on a federal model.

In an interview for WION in 2017, you said that there were two main hurdles in the peace process. The first was that the Sinhala community was divided into two main political parties - the Sri Lanka Freedom Party (SLFP) and the United National Party (UNP). Through independence, these two parties fought for power and both were consumed by power struggle than with outreach to the Tamil community. Secondly, you argued that Prabhakaran was not consistent on the acceptance of federalism. This is compounded by your article in the Huffington Post wherein you described the Sri Lanka model. In this model, there are no such hurdles referred to your interview to WION. However, in the last four years, even this model couldn’t achieve anything on the national question that was the cause of the war. What is your observation now?

The two main reasons why the peace process at the end did not succeed was the lack of political foresight and cooperation in the Sinhala political leadership and the intransigence of Prabhakaran not coming to terms with a federal model. Time has now come for statesmanship in Sri Lanka.

Most of the Tamils believed that the international community can put pressure on the Sri Lankan government and mounted soft pressure through Geneva. On one hand, the Government of Sri Lanka has continuously dismissed allegations of war crimes and crimes against humanity. On the other hand, Tamil political groups and a larger part of the Diaspora argue that this should be brought to the UN Security Council and the International Criminal Court. How do you look at the possibilities of this as part of the international community?

The international community can help putting some pressure for a political settlement. But all politics is local. The main forces deciding the future of Sri Lanka are domestic.

Do you think the recent Modi victory can contribute to a solution for the Tamils in Sri Lanka?

Modi’s massive victory is good for stability in India. He is a strong leader and we will see a self-confident India playing a more important role at the global arena. This will be positive not only for India but for Sri Lanka as well. India has always advocated for a fair deal for the Sri Lankan Tamils.

In many of your interviews, you have mentioned about your empathy for the predicament of the Tamils. After the failure of the peace initiatives, however, you barely speak on this issue. Do you not think that you have a moral responsibility on this matter?

I am no longer centre stage in Sri Lankan affairs, only making comments from a distance. I will be happy to support the legitimate rights of Tamils in any way possible.

The country is again facing a presidential election in the coming months. Gotabhaya Rajapaksa is expected to be a strong candidate. We understand that you had predicted Gotabhaya's rise ten years ago. In such an event, some political analysts argue that the country could become the theatre for a proxy war among big powers. What are your observations on this?

I don’t believe in the proxy war theory. While India has always been the major power in South Asia and China has been more visible recently, none of the political parties in Sri Lanka are proxies of outside forces. Sri Lankans are masters of their own destiny.

The Tamil leadership needs to find a third way between somewhat stale parliamentarian work and war. Such a way will involve more concerted civil non-violent action.

...
Protecting human rights without the United States: A response to Ron Ridenour
5 months 3 weeks ago
...
Inherent bad faith: Alternatives for deducing the Indo-Lanka Accord
8 months ago

...
The destruction of the Jaffna University memorial: Dire straits across Palk Strait
8 months ago

...
Zeitgeist, Imperiums and Ontological Security: Cues and Insinuations on Developments in Sri Lanka
1 year ago