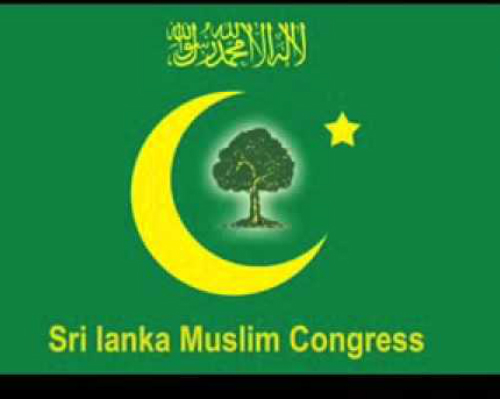 The homogenizing element (or Ummah in Arabic which identifies all Muslims inclusively  as a   community) has  been  seized upon with negative connotations  ( by organizations like the   Bodu Bala Sena  (BBS), a Sinhalese Buddhist nationalist organisation  to  argue that this concept is tied to  the ‘Islamization’ of Sri Lanka and as such  opens the door to extremist tendencies. Yet, it is possible for this notion of ‘inclusivity’ to be the ‘saving grace’ in that it can help explore how tensions can be eased amongst Muslims themselves and also with non-Muslims.  In order for this to happen, Sri Lanka’s Muslims must look within their own community to understand their own traditions, principles and values.

As faith is both a moral motivator and theological marker, the concept of a developing Islamic jurisprudence principle, called fiqh al-aqaliyy’at (jurisprudence of minorities) is a good starting point.  This has been used so far to look at the situation of Muslim minorities living in the West facing the challenges of a secular law and culture as well as issues of identity and citizenship that have taken a turn for the worse in the aftermath of 9/11.

The fiqh (jurisprudence) tradition has engaged in considerable detail with the status of non-Muslim minorities living in Muslim majority societies but not with the position of Muslim minorities residing in non-Muslim majority countries. Large-scale migration of Muslims to Western countries as a twentieth-century post-colonial phenomenon has, for the most part, prompted the rethinking of this condition. The author is of the view that this is applicable for Muslims living in Sri Lanka.

In essence, the tradition reaffirms the notion and provides theological paradigms that guide Muslim minorities who are expected to observe the ethical guidelines of Islam and its essentials as well as the guidelines of the Qur’an and Sunnah concerning their relations with the followers of other religions. In short, they are obliged to cultivate mutual respect and friendship with their host communities. Many Muslim scholars of standing have subscribed to the view that Muslims living in non-Muslims majority countries must live as law-abiding citizens. They are also expected to be honest and trustworthy and remain open to beneficial changes that help them live in peace and harmony.

Fiqh al-aqalliyāt is widely regarded as a new field of study. Yet many scholars who have spoken on the subject have considered it as an extension of the rich edifice of fiqh. Nevertheless, the objectives of fiqh al-aqalliyāt are somewhat more specific due to the new conditions and challenges faced by Muslim minorities and it is important that Islamic texts and scriptures are read and interpreted in the light of historical and contemporary developments

When tackling newly emerging issues among minorities in quest of a response to the challenges they face, the jurist is advised to pay attention to considerations of public interest (maÎlaÍah) that include the interests of these groups as well as the communities and nations in which they reside.

Some of the issues faced may need to be addressed in a wider context, even outside the scopes respectively of fiqh and law due to the need to move abreast with the dynamics of political and economic developments affecting the lives of Muslim minorities. In sum, fiqh al-aqalliyāt would be unable to meet its desired objectives without a degree of openness to the influence of other disciplines and non-fiqh sources, such as sociology, economics, medicine, law and political science. To meet these challenges, Muslim scholars and researchers are similarly advised to take into consideration the higher goals and purposes (maqasÎid) of Shariah, and the resources also of the legal maxims of fiqh.

Fiqh of minorities should aim, according to several leading maxims, at bringing ease and relief to minorities to enable them to overcome their difficulties. Muslim minorities should be able not only to preserve their religious identity but also perform their civic duties as good citizens of their respective countries. It is imperative then to vindicate justice and fair dealings as the higher objectives of Islam and the pillars of peace and honourable living for all those who wish to live in peace and harmony with one another.

In this aspect, the second part is to understand the conceptual Islamic framework for peace, which is epitomized from its heritage, and traditions, which can be summarized as a reconciliation of hearts.  In this manner,  principles such as stewardship; appreciation of diversity; pursuit of justice; compassion and mercy become important and dialogue and mediation useful.

Scholars on social constructions argue that identities are not inborn, but they are effectively constructed.  In Sri Lanka, Muslim elites successfully led the campaign to win their identity based on Islam during the British colonial period.  Such identity constructions gained further political legitimacy since independence.  Muslim elites won significant political and religious concessions from the state. It became particularly obvious since 1970 that such concessions were made mainly to woo Muslim votes and win Muslim support both at home and abroad to fight the Tamil Tigers. Consequently, Sri Lanka gained military support from some Muslim countries, particularly from countries such as Pakistan in its war against the Tamil Tigers. This was realized partly through exploiting the preferred treatment via concessions made to the Muslim community and by exploiting Pakistan’s enmity towards India.

The problems of the second order minorities need to be managed with careful understanding.  Where those minorities’ identity was used by ruling elites during a crisis situation and/or war against the major minority or group, ruling elites should not cause conditions for those minorities to lose trust in the system. This can only be detrimental to both the state and the minority so used.

In Sri Lanka. Muslims strongly identify themselves with Islam.  In a situation where the actions by the ruling elites challenge this identity, there is a likelihood of manipulation of this identity by external Islamic forces.

However, these have to be rediscovered by the Muslim community in Sri Lanka and contextualized. While Muslims are aware of the challenges they face, they need to understand where they have gone wrong. Understanding the principles of conflict resolution in the context of own traditions by looking at jurisprudence theories as a minority could help to answer some of these questions.

Muslim politicians need to understand the consequences of employing symbolic religious slogans to win the votes of the Muslims who value religious identity over other traits. It is very likely that too much dependency on religion to just win elections could transform the society into the stage where commitments to non-violence cannot be upheld. It is important to note that transnational Islamic movements may find Sri Lanka a convenient place for their recruitment. The recent development concerning the death of a Sri Lankan Muslim in Syria shocked Sri Lanka Muslims in particular and Sri Lankans in general.  One of Sri Lanka’s leading newspapers, The Nation  (Jayawardana, The Nation, 2015) reported that the dead fighter, known inside ISIS by his nom de guerre Abu Shuraish Seylani, is thought to be a 37-year-old karate master from Galwela, Kandy.” He left Sri Lanka last year, 2014, after telling his family that he was going to Turkey to engage in social service work for victims of Syria’s civil war. Therefore, it is very important for Muslim politicians to refrain from using religious symbols in their quest for power mobilization.

It is very likely that too much dependency on religion just to win elections could transform the society into the stage where commitments to non-violence cannot be upheld.

Professor A.R.M. Imtiyaz taught in universities in Sri Lanka (South Eastern University) and China (Nanjing University). He is attached to Asian Studies, and Department of Political Science, Temple University, Philadelphia. Currently, he is in China for his research on Hui Muslims.  His research studies cover two major aspects—the symbolic politics of elites and politicization of ethnic differences, especially in Sri Lanka. His scholarly pursuits have led to publications at various international venues, including the Journal of Asian and African Studies (JAAS), the Journal of South Asia (JAS), the Journal of Third World Studies (JTWS), the Journal of South Asia (JAS), Asian Ethnicity, and Asian Affairs