China won’t back down from building economic, commercial ties with Sri Lanka 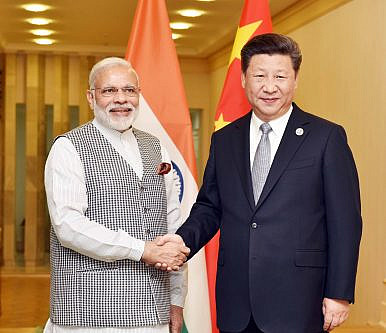 It would not necessarily be a bad thing if healthy competition between China and India in the Sri Lankan market could be further stirred up. While China and Sri Lanka ramp up efforts to finalize a free trade agreement (FTA) this year, India is pushing for the signing of the Economic Technology Cooperation Agreement with Sri Lanka to broaden the scope of its existing FTA. It seems that neither China or India wants to be left behind in boosting its presence in the island nation.

As Sri Lanka is a key point along the Belt and Road route, China is increasing investment in the country that is situated along one of the world's busiest sea routes. Some projects financed by China have helped Sri Lanka solidify its strategic position in South Asia's geopolitical landscape. As China and Sri Lanka strengthen ties, India's desires to maintain its balance of power in the region are understandable.

China, for its part, is willing to have a healthy competition with India. Pushing forward investment facilitation is expected to play an important part in the upcoming FTA between China and Sri Lanka, while a tripartite arrangement on trade and investment is likely to be discussed among India, Sri Lanka and Singapore. Sri Lanka may even be able to serve as a gateway to help Chinese investors explore the Indian market as the island nation is keen to make itself an offshore centre for South Asia.

China has no intention of turning the Belt and Road initiative into a zero-sum game, but India may still worry about the tentacles China stretches into the Indian Ocean. Despite a repeated pledge that Chinese investment in the Sri Lankan Hambantota port is normal business, India has remained alert. Further, Sri Lanka offered reassurances over the weekend that Chinese military activity would not be allowed at the port. Such words can be seen as diplomatic rhetoric to comfort India as Beijing and Colombo already have an understanding that the project is purely commercial.

Nevertheless, India's concern is a reminder that massive investment is fueling distrust of China's increasing presence in the region. China is expected to further improve economic cooperation with Sri Lanka and such efforts are China's response to the distrust from countries and the spreading of groundless rumours that Beijing has military ambitions in the Indian Ocean.

Hu Weijia is a reporter with the Global Times. The article first appeared in Global times

Conference on India's G20: Implications for Indo-Pacific
4 hours ago
...
Is sea cucumber farming in northern Sri Lanka a Chinese checkpoint in Palk Bay?
2 weeks ago
...
India makes its own assessment of what would shape the security perceptions: An exclusive interview with Commodore R.S.Vasan
5 months ago