China and India Contest the Right to Own Hambantota 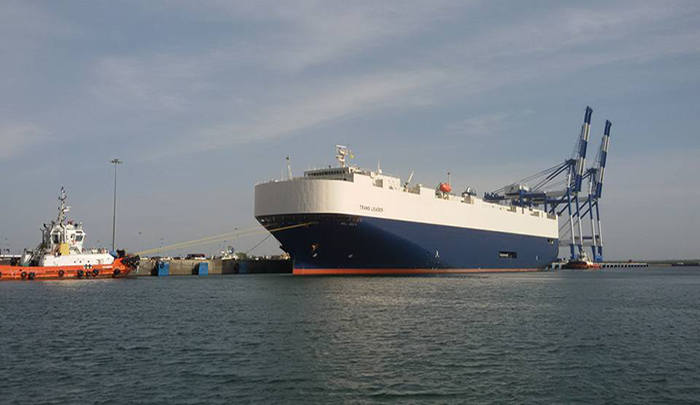 Analysts specialized in predicting the course relations between India and China may take, have recently followed a scenario unravelling around the small town of Hambantota, located in the south of the Republic of Sri Lanka (formerly Ceylon).

Since the second half of the last decade, this town has repeatedly been mentioned in pretty much every Western paper exploring the concept of the “String of Pearls.” This strategy was introduced for the first last nearly ten years ago when US military analysts perceived China’s growing navy as the principal geopolitical threat for the United States.

It’s hardly a secret that China’s ever-growing maritime trade remains extremely vulnerable due to the fact that Washington is still capable of blocking the Malacca Strait, the world’s largest commercial sea traffic route running through the Indian Ocean and the West Pacific. By finding a bottleneck and blockading it with its fleets, Washington would be able to inflict extensive damage to China’s economy.

To prevent this scenario from ever occurring, Beijing has decided to establish a number of land routes that would allow it to bypass all existing bottlenecks while creating a chain of naval bases in the Indian Ocean that are known today in the West as China’s “String of Pearls.” One of the largest installations in this string allegedly planned for construction in the above mentioned Hambantota.

Through these steps, China is planning to address the so-called “problem of the Strait of Malacca,” formulated almost two decades ago by the former general secretary of the Communist Party of China, Jiang Zemin.

As for the onshore section of the route, Beijing has been considering two options. The first and shortest passed through Myanmar with access to the Bay of Bengal, while there’s a significantly longer option for a road across Pakistan with access to the port of Gwadar in the Arabian Sea. But this second route dramatically shortens the marine part of the trade route, thereby undermining the significance of China’s existing and future bases in the Indian Ocean.

For nearly two decades Beijing tried to focus on the first route only to face obstacles laid out by Western rivals making inroads in Myanmar. Nobel Peace Prize laureate, the “prisoner of conscience” and the champion of all sorts of Western “human rights” organizations, Aung San Suu Kyi, has torpedoed any attempt at rapprochement between Myanmar that China made in the last twenty years.

Ever since the so-called “military junta” stepped down, Aung San Suu Kyi has been given free reign. Beijing was soon to learn that this translated into the suspension of its first sea route, which would have given Beijing access to the Indian Ocean.

Therefore, all through the last decade, China has been putting effort into the construction of modern highways in Pakistan, which would allow its goods to reach the shores of the Arabian Sea.

This means that the Pakistani ports of Gwadar and Karachi will soon be transformed into major trade hubs with large Chinese fleets stationed there on the regular basis to ensure the safety of operations and trade.

As it’s been noted above, this will lead to an increase of importance for the port of Hambantota, which was built in just two years, between 2008-2010, largely due to the substantial amount of technical and financial support provided by China. Although today the port fulfils purely civilian functions, there could be hardly any doubt that even before the construction started, China carefully examined all the advantages this installation could give if used as a military base.

Last January, the Government of Sri Lanka had found itself in dire need of foreign investments, and signed a framework agreement with Beijing, selling at least 80% of all shares of the Hambantota port to the China Merchants Ports Holding Company for the next 99 years. This step provoked protests among the local population and made India fairly “concerned”.

In an effort to downplay the fear experienced by its northern neighbour, the Sri Lankan government, through its ambassador in Beijing announced on January 21 that China would never be allowed to use the port for military purposes.

Five days later, China’s Foreign Ministry announced that the port was not in Beijing’s exclusive possession. In turn, the Global Times newspaper would note that India is overly obsessed with this port, which “has always had” a civilian orientation.

It seems appropriate to recall the concept that is popular among Indian military analysts that can be summed up in the phrase that the Indian Ocean must be “Indian”, that is controlled mainly by India’s navy. At the same time, New Delhi has made it clear that it’s willing to share control of the region with its partners, namely the Japanese navy, which goes in tune with long-term goals of Tokyo.

So, if Washington does decide to isolate itself, in principle, there are powers that can replace it in the Indian Ocean.

Perhaps we’ll hear more about Hambantota soon, since it may eventually end up used for military purposes, but not necessarily by China. In the end, 20% of port’s shares are still owned by the Government of Sri Lanka, and there can be a lot of interests still seeking the remaining 80%.

Vladimir Terekhov is an expert on the Asia-Pacific region. The article first appeared in New Eastern Outlook